History-5
A store is a place to communicate. 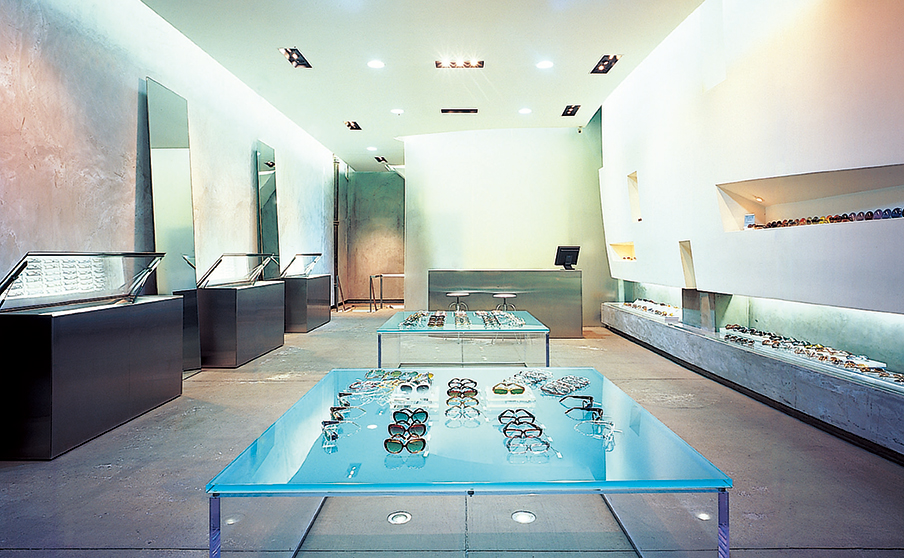 KANEKO OPTICAL started as a tiny wholesaler, reaching its current form through the intuition, foresight, and preparedness of our president, Shinya Kaneko. In the process, we founded the original brands that are today the company's strength. Through encounters with artisans, we created new value, and we were determined to carry on the artisanal legacy of Sabae.

Since the late 1990s, just as he did in the factory, Mr. Kaneko has directed his passion toward another aspect of our business: the company's stores. 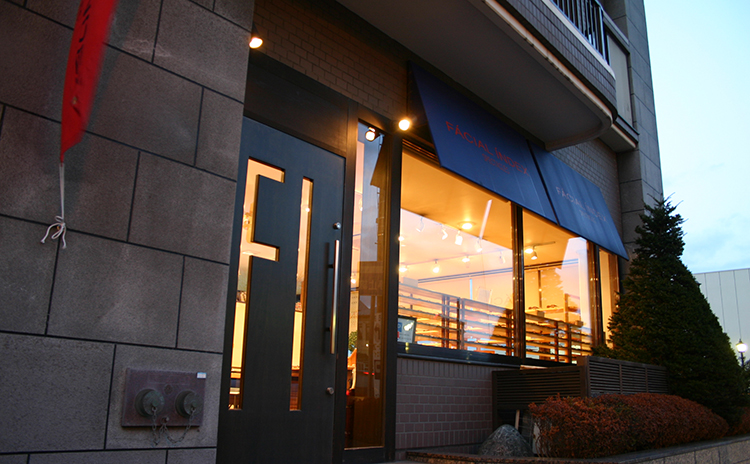 Starting in the 1980s and into the early 2000s, Mr. Kaneko was driven to open captive stores where the company could interact directly with customers through Kaneko Optical's products alone. Creating a space filled only with original brands such as SPIVVY and TAIHACHIRO KINSEI was impossible as a wholesale business, but Kaneko wanted people to experience a new atmosphere and world view, so in 1998 the company opened its first company store, "FACIAL INDEX SPECTACLES," in Hakodate, Hokkaido.
Kaneko's father, who preceded him in the business, had avoided big cities where major eyewear wholesalers dominated, and sold mostly to small eyeglass and watch retailers in Northern Kanto, Tohoku, and Hokkaido. For the young Kaneko who inherited those customers, Hokkaido was his introduction to business, and Hakodate was the entryway to Hokkaido. It was his second home, where he felt a continued special affinity, so Kaneko picked this place he loved and knew so well as the location for his first store.

After releasing SPIVVY in 1997, Kaneko had always been thinking about the overseas market, so he opened a FACIAL INDEX NEW YORK in Soho in April 2000, and a FACIAL INDEX NEW YORK Tokyo Store in Marunouchi Tokyo in September 2001. These stores attracted attention for their concept and style, and more stores were later opened under various brand names.

Around 2006, when Mr. Kaneko began manufacturing from a small factory, he began to have new thoughts about what a store should be. "We want the customers to feel more directly what artisanal manufacturing in Sabae is about. We want them to know more deeply about the products we make."
In 2008, two years after BACKSTAGE was fully under construction, Kaneko applied those thoughts to opening THE STAGE, located in the historic Shibakawa building in Osaka, as a space to bridge the gap between artisanal culture and eyeglass users, and as a stage for the region and Sabae.

Ever since, Mr. Kaneko has searched for locations suited to communicating the value of our eyewear, summed up in the phrase, "we make it and we sell it." He continues to do so today.
, 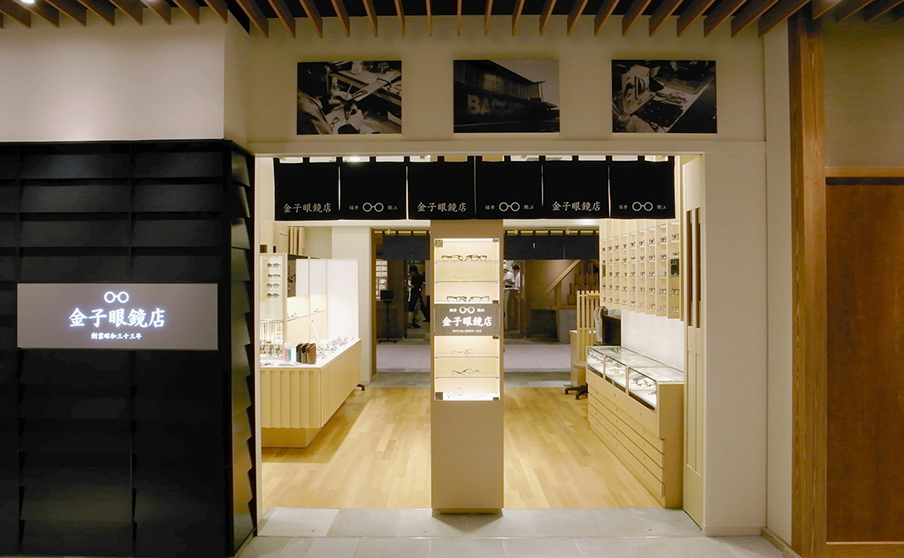 Kaneko has a bitter memory of arguing with his parents about the KANEKO OPTICAL name back in his 20s, when still wet behind the ears. To take over the family business, he had come back to his hometown to work with his father. At the time it was becoming fashionable to spell out the old company name in western alphabet or Japanese katakana. He couldn't see past the negative image of the stuck-in-the-past "Kaneko Gankyo" name, but his parents would not hear of changing the company name. On this occasion, conflict was unavoidable.
Ultimately this disagreement changed to a feeling of gratitude, spurred by his meeting with so many artisans and his adoption of their names as brands.
Meeting customers in stores emblazoned with the company name was clearly exactly the way to fully communicate our passion for the glasses we make.

In October 2010 we opened our first store with the company name, "Kaneko Gankyo-ten," in the International Terminal at Tokyo's Haneda Airport. Here we sought to embody our ideal store, where customers would directly perceive the beating heart of the company: planning, design, manufacturing, and sales. From that time on, our store logo has identified us with our year and place of founding, and has become our standard.
KANEKO OPTICAL has since built many stores throughout Japan, from Hokkaido to Kyushu. Our Japanese stores have also been well reviewed overseas, and since the late 2010s we have received many foreign visitors at our stores in Japan. Wishing to become better known by people around the world, we also opened a store in Paris in April, 2016.

Stores: -- A place where each day we meet so many new people. They're also a place to convey our values, our love for the Sabae region where our glasses are made, and our philosophy of artisanal manufacturing, while sharing the pleasure of selecting eyewear with you. By increasing the number of our stores, we increase our encounters with users. Today, somewhere in Japan, somewhere in the world, someone is starting a new life with the glasses they found at KANEKO OPTICAL.

Warning Our websites use cookies to enhance convenience for users and to improve the quality of the websites.
For details, please see ourCookie Policy. If you accept the use of cookies, please click the "Accept" button.